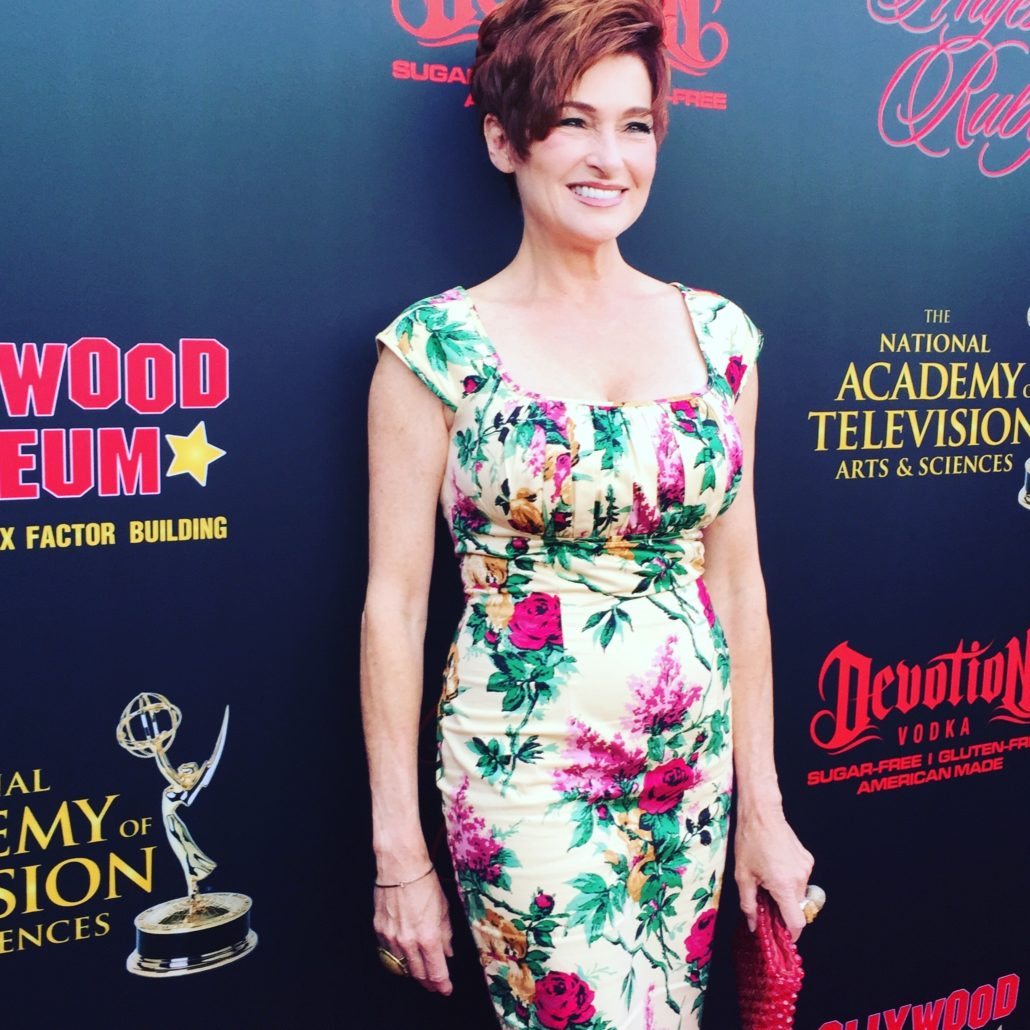 On television, Emmy Award winning actress, Carolyn Hennesy has dazzled as the deliciously vicious “Penelope Ellis” on ABC’s critically acclaimed series REVENGE.  She also joined the cast for the fifth season of the sleek vampires-meet-world saga, TRUE BLOOD, and fast became a fan favorite as Rosalyn, the ageless vamp with a Texas twang.  Prior to REVNEGE and TRUE BLOOD, Hennesy was best known for her memorable work as “Barb” on ABC’s COUGAR TOWN and for her Emmy nominated work as “Diane Miller” on ABC’s GENERAL HOSPITAL.

She has also guest starred on a longest of prime-time favorites including, CHAMPIONS, NCIS, THE COOL KIDS, THE MINDY PROJECT, and LIZA ON DEMAND.  Kids across America know her as the hilariously haughty Mrs. Chesterfield on Disney Channel’s JESSIE.  On the big screen, Hennesy’s credits include CLICK, LEGALLY BLONDE 2, and TERMINATOR 3.  She stars in the recently released horror film, ST. AGATHA and soon-to-be released comedy SWING OF THINGS.  Most recently, she’s starred in BTS online series BUSINESS DOING PLEASURE, TWO SENTENCE HORROR STORIES for Time/Warner’s new streaming channel and on THE BAY for Amazon Prime in the role of Karen Blackwell, for which she received her Emmy and a 2016 Indie Series Award.

Hennesy received her training at the American Conservatory Theatre in San Francisco and Royal Academy of Dramatic Art in London.  Her razor-sharp comedic timing was hones as a member of The Groundling’s Sunday Company in in ACME Theatre’s main company.  Hennesy has appeared in over a hundred stage productions worldwide, most recently and to great acclaim as “Maria Callas” in Terrence McNally’s MASTER CLASS at the Garry Marshall Theatre for which she received the LA Stage Alliance Ovation Award for “Best Actress in A Play” for the entirety of Los Angeles, 2017-18.  Among other accolades, the LA Drama Critics Circle has distinguished her with a Natalie Schafer Award and the LA Stage Alliance honored her with her first Ovation for THE FAN MAROO.

For the past two years, Hennesy has hosted the red-carpet reception for the Daytime Emmy Awards for NATAS, FB, and nearly all social media platforms.  Hennesy’s creative endeavors also include a successful career as a writer; she created the wildly popular “Pandora” (Bloomsbury USA) children’s book series and penned the New York Times Bestseller – “The Secret Life of Damian Spinelli” (Hyperion).  When not on set, Hennesy is privileged to lend her time to a number of causes but she focuses on veteran affairs and particularly animal rescue, preservation, conservation and advocacy with her online podcast, “Animal Magnetism” on www.ubnradio.com.  On January 2nd 2017, Hennesy crossed something off of her relatively short bucket list”  she rode  float (Lucy Pet Foundation) in the Tournament of Roses Parade.  Now she simply has to go into space (difficult) and fly over Disneyland as Tinkerbell to set off the fireworks (impossible).  She lives in her native Los Angeles with four dogs and one cat, rescues all, and in what spare time is left, she flies trapeze.  Seriously.