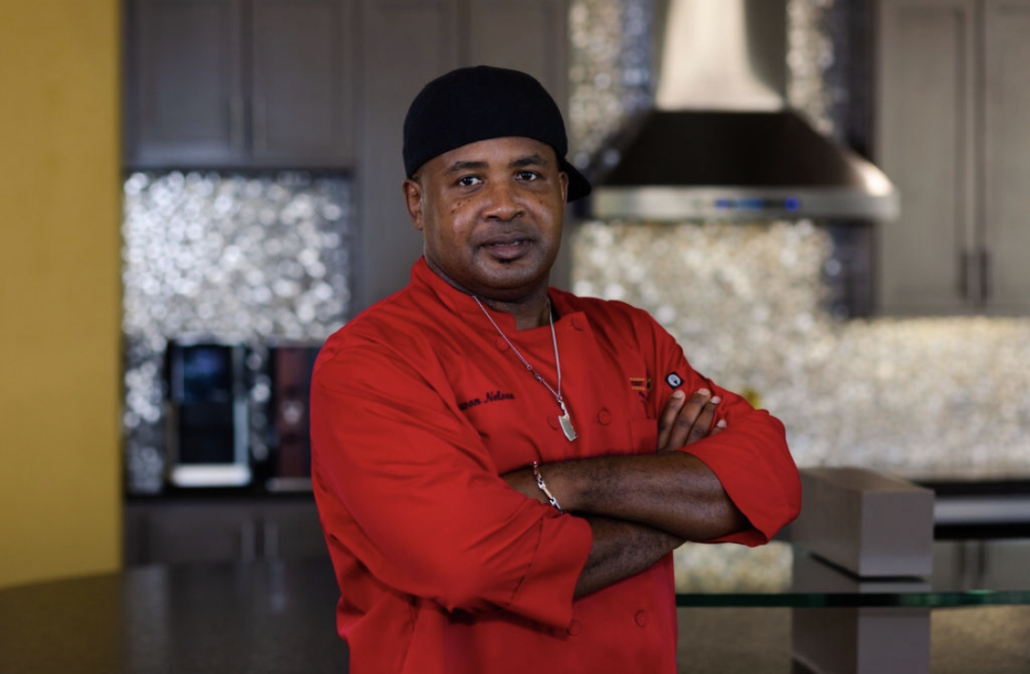 NOLA Chef Gason Nelson is a Global Cooking Instructor for ‘The Chef & The Dish’, a Private/Personal Chef/Owner/CEO of “Full of Flavor” in New Orleans, and a National Featured Chef in many publications and television programs, including Food Network’s ‘Chopped’, Readers Digest, Sports Illustrated, and New Orleans’s morning shows to name a few. He is a two-time James Beard Scholar and appeared in many noted festivals. Additionally, Chef Gason was also named Louisiana top 25 Best Chefs of 2017 and 2020. His clients include celebrities such as Dwayne ‘The Rock’ Johnson, Matthew McConaughey, Sinbad, the Kardashians, and NBA and NFL Players like Aaron Brooks, DeMarcus Cousins, Reggie Bush, Chris Paul, and Ben Watson. He is also a long-time supporter of Breaking The Chains Foundation!