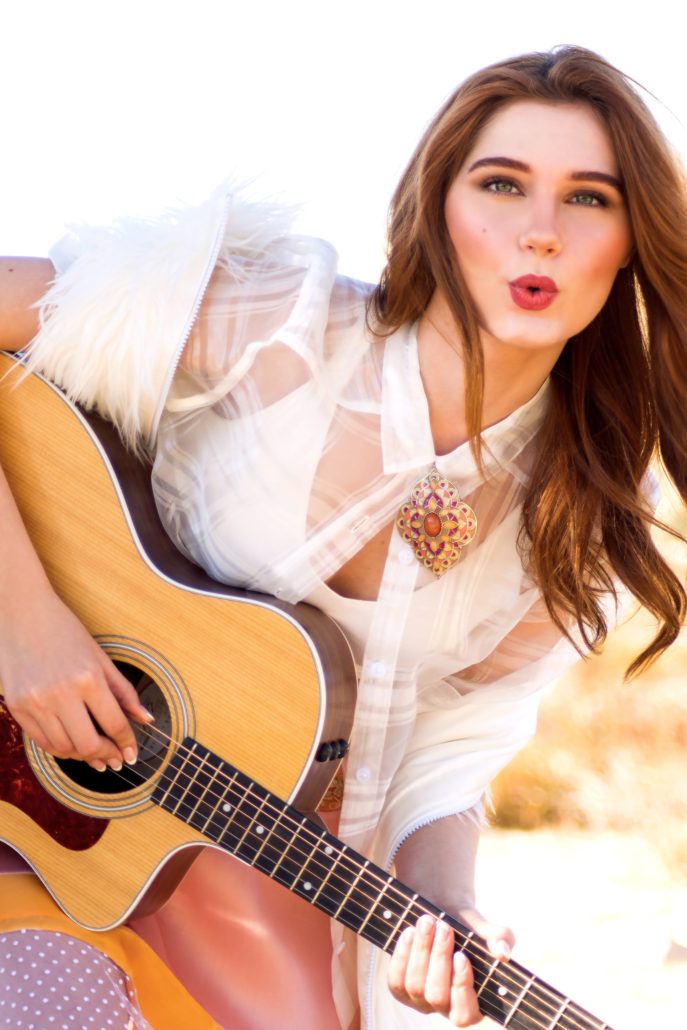 Serena Laurel is an actress, singer-songwriter, brand influencer, and model. She is best known for her lead role in the feature film SUMMERTIME DROPOUTS with Quinton Aaron from the BLINDSIDE with a release in the summer of 2019. This summer Serena partnered with Coca-Cola’s PEACE TEA brand as a member of their PEACE TEA{m} spreading kindness encouraging #RandomerActsofKindness. She is a series regular role in TV series NC-16. She just wrapped the horror film NASTY HABITS where she plays the lead Georgia Dean. Also known for and is the lead in BIRD SONG, a GOT fantasy film. Serena co-stars in the Brat TV series TOTAL ECLIPSE and is the star of her own series RECORD RANT. She has a supporting role in the short film IT’S JUST A STORY and in the award-winning film PHOENIX SONG.  Brand partnerships include Kollectin, Bare Minerals, Speechless Dress, STSblues, and Luxury Scent Box just to name a few. As a singer-songwriter, her single HOLD ON is out while currently working in the studio on her full EP. Serena headlines with her own set of originals in SOCAL at the Whisky Go Go, House of Blues, Roxy, The Hotel Cafe and appears at the State Social House residency monthly on Sunset Blvd. She models for print, magazines and walks at LA Fashion Week. Hosts for Red Carpet Report TV. As her way of giving back, Serena uses her creative musical talents to spread kindness and mentor others as an artist ambassador for Breaking the Chains Foundation, promoting creative arts healing for those recovering from eating disorders.